The Deleuze and Guattari Studies in India Collective (DGSIC) is an organization formed for the popularization of Deleuze and Guattari’s philosophy within India, mainly through organizing conferences, workshops, cultural events, and discussions. It is a purely voluntary collective, which does not hold any financial core fund or accept any monetary contribution or incentive from any organization or personal. Its programs are organized in partnership with academic institutions, activist organizations, and groups working in the fields of popular culture, art, cinema, and human rights within India.

The stimulus to form this collective came from the success of the Third International Deleuze Studies in Asia Conference and the International Deleuze Camp 2015, held at the Manipal University, Karnataka, from 29th May to 7th June, 2015. The collective is in fact a more consolidated continuation of the spirit and theme of this conference and camp. With the success of the conference and camp held at the Tata Institute of Social Sciences (TISS), Mumbai, from 13th to 17th February, 2017, another milestone was crossed by the collective. If the Manipal conference in 2015 had ninety papers presented in it, the number increased to hundred and twenty by the Mumbai conference in 2017. More conferences are planned to be organized at  Chennai, Chandigarh, and Delhi in the coming next five years.

DGSIC is affiliated to the international journal, Deleuze and Guattari Studies, presently edited by Ian Buchanan. The initiatives of the collective are greatly supported by the philosophers, scholars, and activists associated with Deleuze Studies. Though the immediate setting of its activities is within India, the initiatives of DGSIC are guided by a broad-based, pluralistic, and interdisciplinary perspective which is in tune with the universal vision of Deleuzo-Guattarian philosophy.

The foremost objective of the collective is to expedite a pragmatic engagement between the strengths of Deleuzo-Guattarian philosophy and the multifaceted aspects and problems of Indian society, culture, art, and philosophy. This endeavor is bolstered by three singular merits of the Deleuzo-Guattarian system. Firstly, the latter has offered a dynamic, differential, and emergent model of reality, which substantially devalues the formalist, essentialist, and transcendent perspectives of established philosophy and human sciences. Secondly, the Deleuzo-Guattarian system gives as much importance to the “non-philosophical” as to the philosophical in its investigations and theorizations, which saves it from disciplinary paralysis and narrow idealizations. Its merit becomes clearly evident from the profound forays that are being made into wide-ranging areas like cinema, literature, science, philosophy, architecture, painting, informatics, embryology, posthumanism, and so on. Thirdly, the élan of Deleuzo-Guattarian system is articulated on a radically new set of concepts, which is peculiarly folded with a number of disciplines and methodological enquiries.

The proposal of Deleuzo-Guattarian philosophy as a worthwhile candidate for understanding India and its ethos is made here with the clear awareness of the nuances rife in the area of knowledge production in India. As quite patent, the Indian reality is being subjected to all sorts of analyses, mediations, projections, and manipulations at present. There is a profuse number of disciplinary models, paradigms, and canons brought into the service of this great task. Whilst looking forward to dialogue, friendship, and co-involvement with other forms of enquiry, we also look forward to build up a vigorous alternative style of thinking that can interconnect the indigenous and the inter-national in the case of India, caught up in the larger milieu of global capitalism and posthumanism.

We invite you to go through the themes, papers, pictures, videos, lectures, weblinks, and cultural events associated with various conferences/camps organized by DGSIC given in this website. If you are convinced, we also welcome you to join the collective. 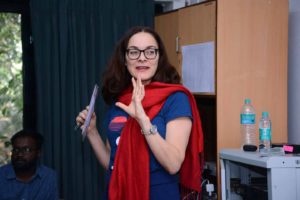 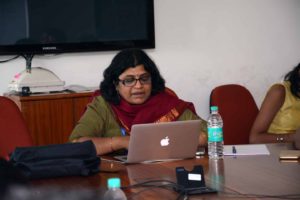 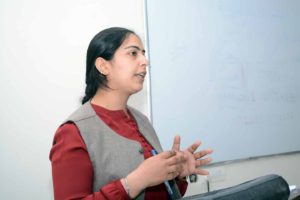 © 2020 Deleuze and Guattari Studies in India Collective — Powered by Cliffcreations