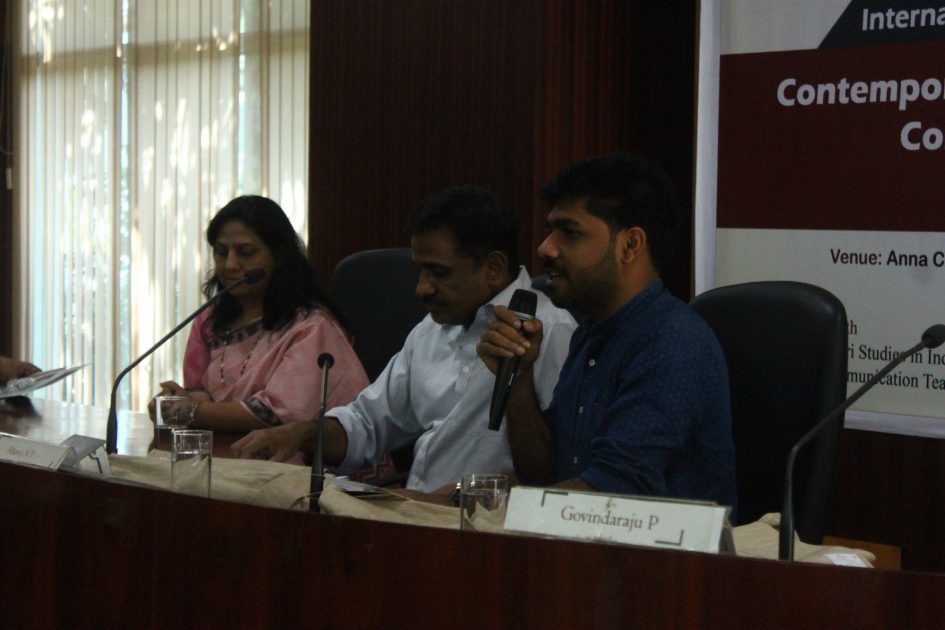 Deleuze and Guattari Studies in India Collective
in association with
Department of Journalism and Communication,  University of Madras

The contemporary world has been going through challenging times in the areas of information and communication, crucially marked by novel surveillance modes and archiving strategies. In particular, the modern state with its powerful techno-economic infrastructure becomes the main protagonist here. Its capabilities of information mapping and communication controls have expanded greatly in recent times, bringing more and more segments of the people’s life under its panoptic regime. Perhaps the most pernicious one in this context is the appropriation of the biological and personal profiles of the citizenry, which is speciously justified with reasons ranging from security and terrorism to welfare measures in health and education. Such incursions, which have deep ethical and political implications, are expedited by the melding of the biopolitical strategies of the state with the technological sophistication of advanced capitalism.

More importantly, the handle on communication and information has emboldened the state to further annex more facets of citizens’ life to its jurisdiction and governmentality. From what they should eat and wear to what they should believe and worship, the states, especially in the developing part of the world, are articulating their preferences and choices with an unabashed candor. Definitely such articulations are politically suspect.

On the other side, the semiotic and technological resources of communication and media are drawn upon by the people to register their dissent and muster social resistance. Those employed are forms like cinema, literature, painting, theatre, music, sculpture, street plays, and numerous subaltern forms of representation. The social media perhaps becomes the most powerful weapon of the weak at present to fight the excesses of the state and the brutalities of the present global order.

Deleuze’s paper on the societies of control untangles the complex strands of the modern information and communication regime with unusual clarity and verve. He clearly charts the progression from the “disciplinary society” of yesteryears, so skillfully analyzed by Foucault, to the present society of information and communication controls. It is not that the mechanisms and the institutions of the disciplinary society have disappeared, but that they are further supplemented and strengthened at present by the new information regime. To our chagrin, the kind of sophistication now achieved by modern science and technology in converting everything into information and codes has gone beyond the imagination of even Deleuze and Guattari. Nonetheless, it could also be convincingly argued that Deleuze and Guattari provide one of the most resourceful repertoire of theories and concepts to tackle both the wily and benevolent legacies of information and communication in the present times.

The Chennai conference on Deleuze and Guattari in February 2018 seeks to explore the different aspects of information, communication and controls in the present mediatized world from a Deleuzo-Guattarian perspective. It will provide a platform for academics, students, philosophers, and activists across the world to present their papers and exchange their ideas on the conference theme. The conference will be preceded by the well-known International Deleuze Camp which will help the aspiring students and scholars to hear and learn about Deleuzo-Guattarian philosophy from the outstanding scholars in the field. Papers and abstracts for the conference presentation are invited from wide-ranging areas associated with information, communication and controls. Papers are also welcomed from relevant areas, though not listed below.

Themes for the Conference Presentation