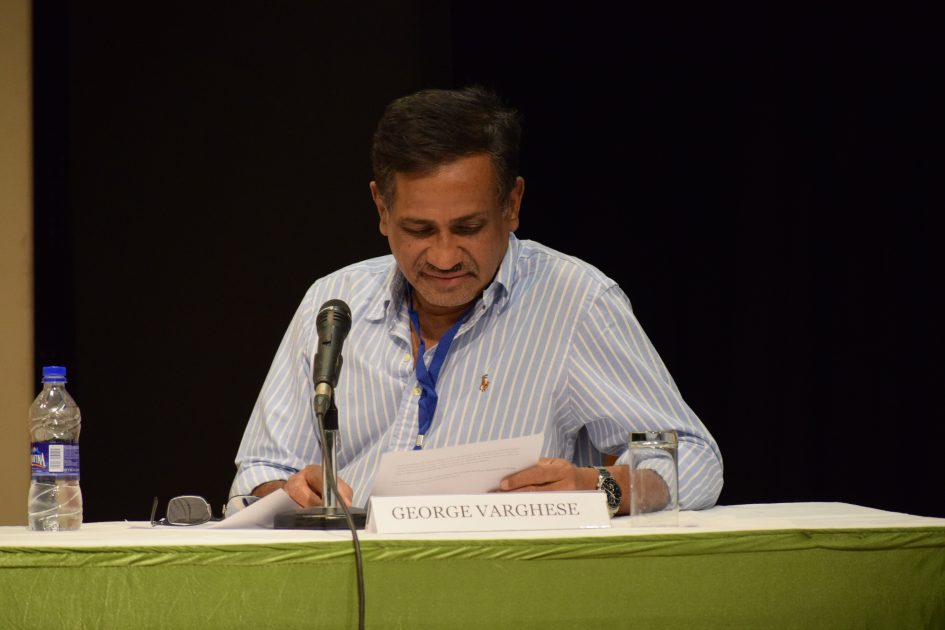 Encountering the Social: Masquerades, Fluidities, and Becomings of Postcapitalism

As the title, “Encountering the Social: Masquerades, Fluidities, and Becomings of Postcapitalism”, indicates, the conference is proposed to take up a comprehensive investigation of the disorders and traumas generated by Postcapitalism which in turn has colonized every aspect of contemporary human life. Recognizing that there is no single way of answering the questions spawned by this syndrome, the conference invites the participants to address them from a Deleuzo-Guattarian perspective supplemented by relevant insights drawn from Foucault. The novelty of Deleuzo-Guattarian analysis derives from its fluid and differential structure that syncs perfectly with the deceptive and unpredictable forays of postcapitalism in the complexly structured global ecumene at present. What is singular about their approach is that it does way with bounded territories, hierarchies, and representations. Instead, what it highlights are flows, networks, unnatural synthesis, and symbiotic bonds. This wide latitude, non-closure, and the dynamics of emergence that characterize their philosophy is reflected in their approach to systems of knowledge also; disciplines and analytic protocols as different and wide as geology and geometry, metallurgy and metaphysics, or anthropology and alchemy can find comfortable berth within their system. This non-exclusionary and encompassing nature of their system makes it undoubtedly the most eligible candidate for an interdisciplinary analysis of post-capitalism and its troubles.

For Deleuze, Postcapitalism operates at present primarily by constituting the human in an information mode or recomposing it as a cybernetic being. The human becomes code and information. From the DNA code to our bank account password, everything now revolves around digital codes whose primary base is memory. Forgetting the password means denial of access to the sustaining domains and certain support systems of human life. On the technology side, huge digital archives are being set up that can store the personal detail of the citizens which become handy for the postcapitalist state to exercise anonymous vigil and unsolicited intrusions into the private lives of its citizenry. Deleuze calls this postcapitalist society, “the society of control”. The control, in distinction to the conventional theories of power, is not exercised from the outside mechanically, but through the “modulation” of the interiority and mind using cyber devices.

Since the Deleuzian perspective is relational and differential, the social order based on digitization and control is not something autonomous or self-contained in itself. It is only one layer of the topologically constituted orders of postcapitalism. The other two orders are analyzed most profoundly by Foucault: the first one is the disciplinary order that “moulds” the individuals according to the postcapitalist imperatives; and the second one, the “biopower” that is skillfully deployed by the state to “manage” its population. While schools, barracks, hospitals and the suchlike becomes the locus of the disciplinary power, it is protective measures like insurance, social security, Medicaid etc. through which the state manages its population. On the whole, according to Maurizio Lazzaretto, three “Ms” represent the topologically tangled state of postcapitalism: the “modulation” of mind by the control society, the “moulding” of the individual by its disciplinary segment, and the “management” of population by the biopower-deploying postcapitalist state. Of course, these three strata are interconnected and inter-defined and the Deleuzo-Guattarian perspective throws the most incisive light into its undersides.

We propose an integrated analysis in the case of the troubles of postcapitalism with Deleuze-Guattarian philosophy and Foucault’s stances forming its two complementary components. Of the many vital connections between them, it is perhaps “power” that becomes the strongest bridge. Deleuze’s slim volume, Foucault (1988), becomes the vital pointer to this association. In a famous formulation, Foucault had stated that an adequate analysis of power demands that we “cut off the king’s head.” He was indicating the necessity to dispense with a substantive and hierarchical conception of power. Contra the latter, he proposed a theory of the “microphysics of power”, according to which power is ubiquitous and is a differential derivative or effect of the relations between individuals within their social locations and networks. If these relations break or change, even the king may turn powerless. Though we can examine power relations empirically, we cannot know a priori what they are or what they will become. Sometimes power is created through flows of money, while at other times it may be generated in discourse or activism. And yet at other times, it may be the effect of technology, the forces of nature, or perhaps even ritual and magic. There cannot be predictable patterns, definable strategies, or identifiable locations. Constellations of power do not respect established loci or preconceived divisions, and are subject to change over time. In Deleuze’s and Foucault’s analysis, power is never to be found in the same place, or that it will be of the same form always.

This leads us to a supposedly provincial problem. Where does India or Asia stand in this apparently Western schemata and paradigm? Needless to say, there is nothing like a separatist regimen or discrete status quo in the present globalized world. One’s problem is equally the other’s in a complexly sutured global regime. What is critical is only the differentials of power and the intensity of incursions in this enfolding global ontology of postcapitalism. Definitely, for expedition sake, India or Asia can be dilated under the theoretical lens of Deleuzian concepts to a better level and higher degree; but only within the economy and logic of an integrated analysis scaffolded on a global platform. Of course, the resources of the Deleuzo-Guattarian repertoire can be most profitably drawn upon, which can highlight the complex facets of the Indian reality. Signature concepts like difference, rhizome, strata, deterritorialization, assemblage, multiplicity, nomadology, machine, fold, and so on, can throw better light on a set of autochthonous and allochthonous issues like post-coloniality, poverty, underdevelopment, human rights violation, gender disparity, environmental degradation, religious fundamentalism, terrorism, fascism, which in turn have become the unfortunate patrimony of the postcolonial India at present.

Themes of the conference